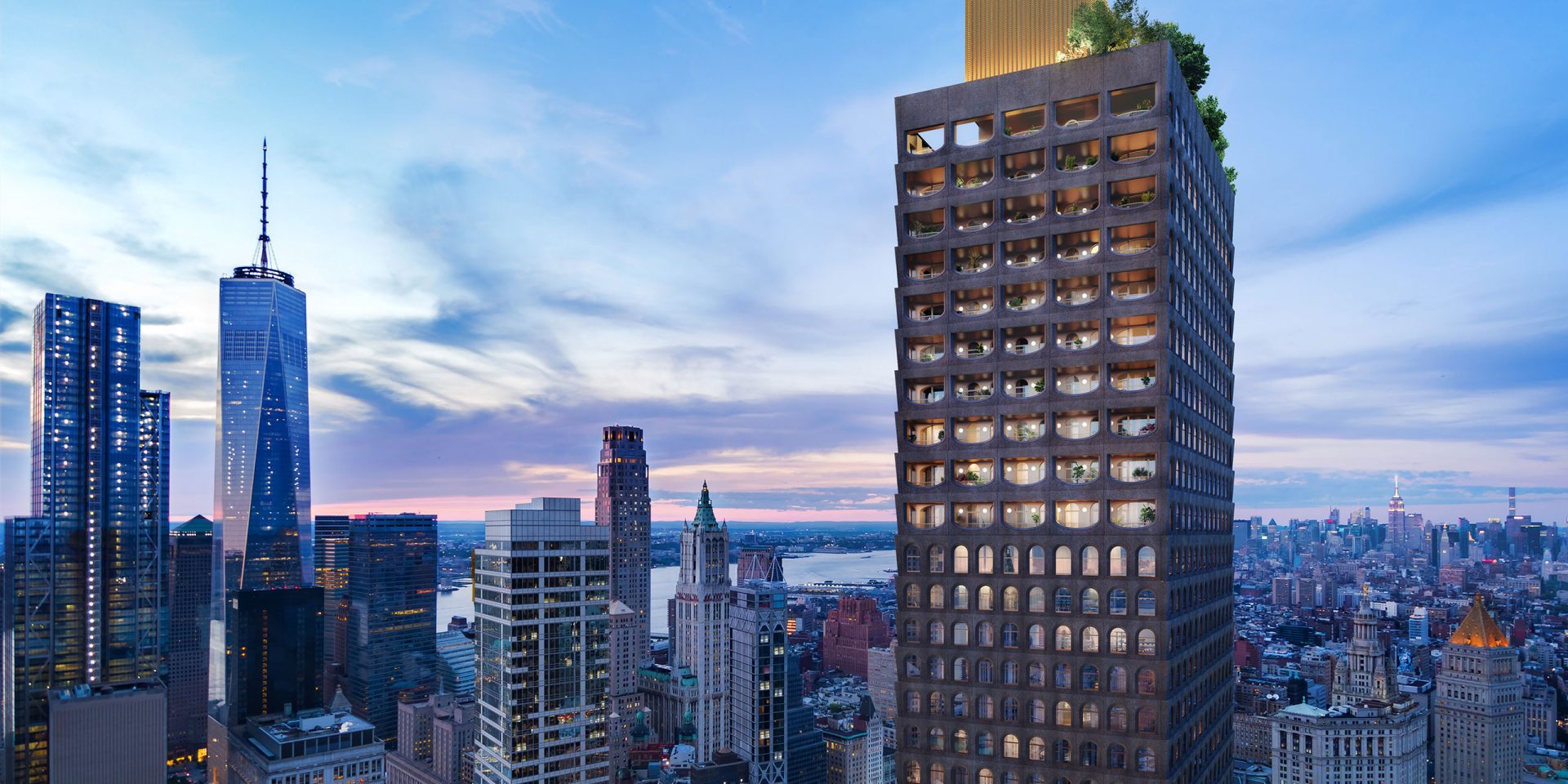 Anchored by history, evolved toward the future.
A continuation of a New York narrative that builds on the enduring ambition to explore new ground.
AN ENERGIZED VIEW OF MANHATTAN LIVING BY VISIONARY ARCHITECT, SIR DAVID ADJAYE.

British-Ghanaian architect Sir David Adjaye is internationally renowned as one of contemporary architecture’s most inventive leaders. Named one of TIME magazine’s 100 most influential people of 2017, his firm’s diverse portfolio ranges from university campuses and libraries to private homes and special residential projects. Each of his buildings simultaneously captures the present moment and the context of their unique histories.

While far-reaching and wide-ranging, all of Adjaye’s work is marked by a sense of openness and curiosity, as he weaves disparate elements of inspiration — from culture to technology and science — into his designs.

130 William couldn’t exist anywhere else. Sir David Adjaye uses the neighborhood context as a starting point. He pushes against the conventions of tall glass towers with curves and arches inspired by local precedent.

A tower designed not only to be seen, but to be felt.

Residents who enter 130 William will pass through a beautiful new plaza park, providing a transition between the bustle of urban life and the respite of the residences.
THE BEST OF NEW YORK CITY LIVING,
ALL UNDER ONE ROOF.
VIEW AMENITIES & SERVICES
The generous indoor lounge has the ability to be divided into different entertaining areas, with an adjacent airy outdoor space.
Interiors illuminated by light and air.
VIEW RESIDENCES
130 WILLIAM IS A STORY OF CONTEXT AND A STORY OF CRAFT.
X
130 William is Open for Virtual Appointments.
Click here to Schedule an Appointment